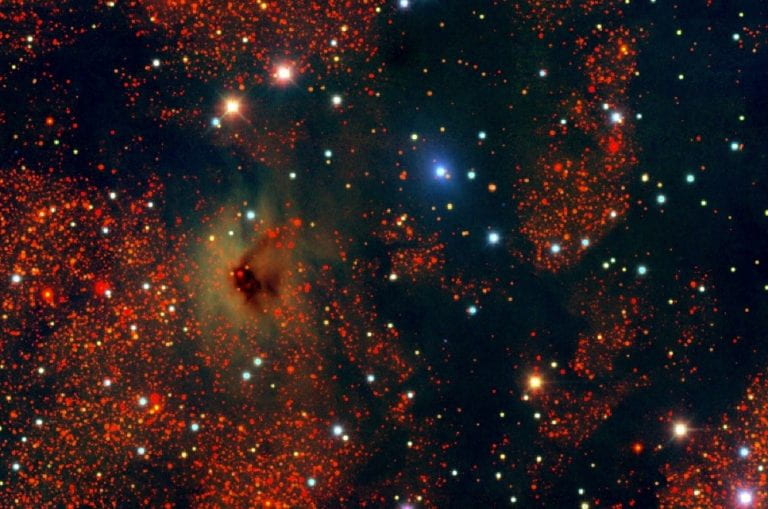 Welcome to the Center for Theoretical and Observational Cosmology

The goal of the Cosmology Center is to enhance our understanding of the large scale structure of the universe using multi-wavelength surveys, computer simulations and fundamental theories, and by confronting theoretical paradigms with observations. On the observational front, our faculty are prominent members of a number of international collaborations, including the Chandra X-ray observatory, the Swift Gamma Ray Explorer Mission, the Sloan Digital Sky Survey-III, the Hobby-Eberly Telescope Dark Energy Experiment, and the Large Synoptic Survey Telescope. Their research also uses other facilities such as the Hubble space telescope and the XMM-Newton mission and they are leaders in some of the high profile proposed missions such as the Joint Astrophysics Nascent Universe Satellite. These multi-wavelength observations enable us to address some of the central questions in cosmology, such as the nature of dark energy and validity of general relativity at very large scales, the expansion history of early universe, and the formation and growth of super-massive black holes.

On the computational side, we use multi-scale simulations to investigate the formation and evolution of large-scale structures, particularly the earliest galaxies, black holes and quasars. Our goals include testing the LCDM paradigm in the early Universe, in particular distinguishing possible “hot” or “warm” components that may contribute to the dark matter content, and exploring in detail the physical mechanisms behind the rapid growth of super-massive black holes and associated structures, in the first billion years of cosmic history. Our theoretical effort has three primary goals: (1) To further develop leading paradigms of the very early universe, particularly inflation, by bridging them with loop quantum gravity and string theory to capture physics beyond general relativity; (2) To use these more complete paradigms to make predictions for future observational missions and, reciprocally, to put observational constraints on the candidate fundamental theories; and, (3) To explore the nature of generic cosmological singularities of general relativity and their fate in loop quantum gravity.

A distinguishing feature of the Center is the breadth of its intellectual span. At one end of the spectrum we address fundamental issues such as what replaces the Big Bang in quantum gravity, and explore the formation of the first cosmic structures at the earliest epochs accessible to direct observation; on the other, we carry out observations aimed at revealing the properties of the “Dark Energy” that pervades the cosmos and drives its current accelerated expansion. Thanks to this diversity in research goals, the Center aims to play a leading role in advancing a variety of traditional directions in cosmology. More importantly, by fostering interactions between sub-disciplines, we hope to raise new issues at their interface and develop novel approaches to address them.

As the web-pages of the Center for Fundamental Theory and Center for Multimessenger Astrophysics show, there is tremendous synergy with the goals of those centers and specialties represented in them. The Cosmology Center is well poised to use this synergy to also pursue exciting joint projects to significantly enhance our understanding of the early universe.

This image was obtained by the Sloan Digital Sky Survey (SDSS), which has mapped a large fraction of the sky in five filters, and has created a three-dimensional map of the distribution of over a million galaxies and hundreds of thousands of quasars.